For auto-dnssec zones, on initial signing, BIND should be jittering the signature expirations across the signature validity period. It does this correctly for NSEC zones. But not for NSEC3 zones that were provisioned by dynamically updating an NSEC3PARAM record into the zone.

(As far as I can tell this affects previous versions of BIND too, back to the 9.12.x release that introduced the jitter feature. It is certainly present in 9.12.3, which we were running prior to 9.14.4.)

What is the current bug behavior?

What is the expected correct behavior?

We discovered this issue on some of our large production zones. I then reproduced the problem with a smaller test.

The main "options" stanza also has "dnssec-enable yes;" of course. But I think that's now the default.

I've attached two files containing plots of the signature expiration times for my test zone which contained 10,000 RRsets. These plots were generated by the following code:

The first plot is the test of the NSEC3 zone, initialized by dynamically updating an NSEC3PARAM record. This shows no jittering. All signatures expire at around 60 days: 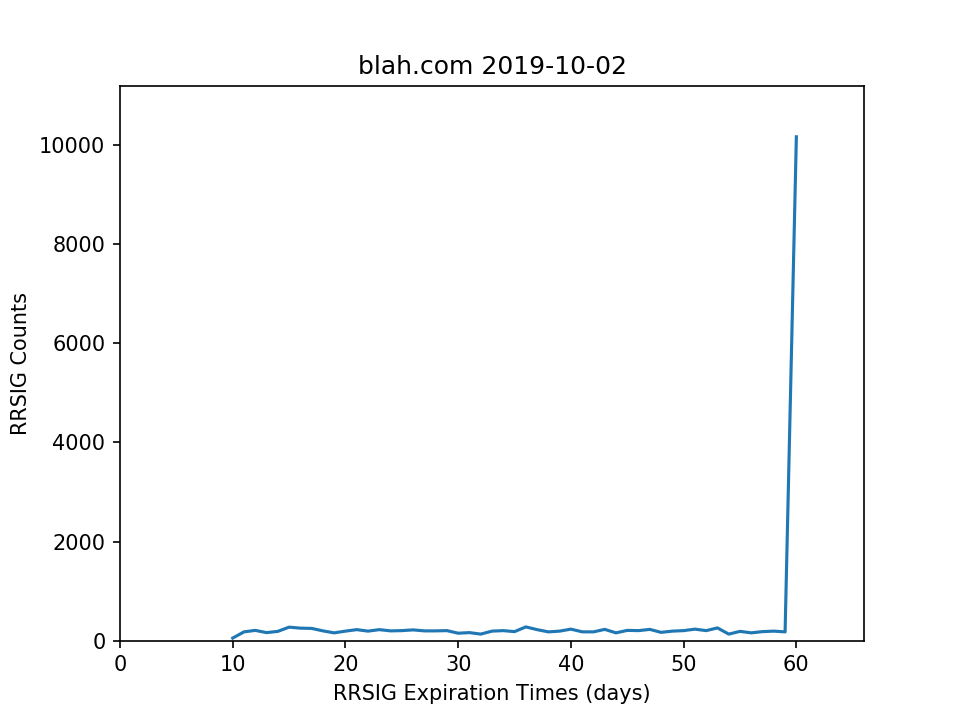 The second plot is for the same zone, but with no NSEC3, and the signatures are jittered correctly for this: 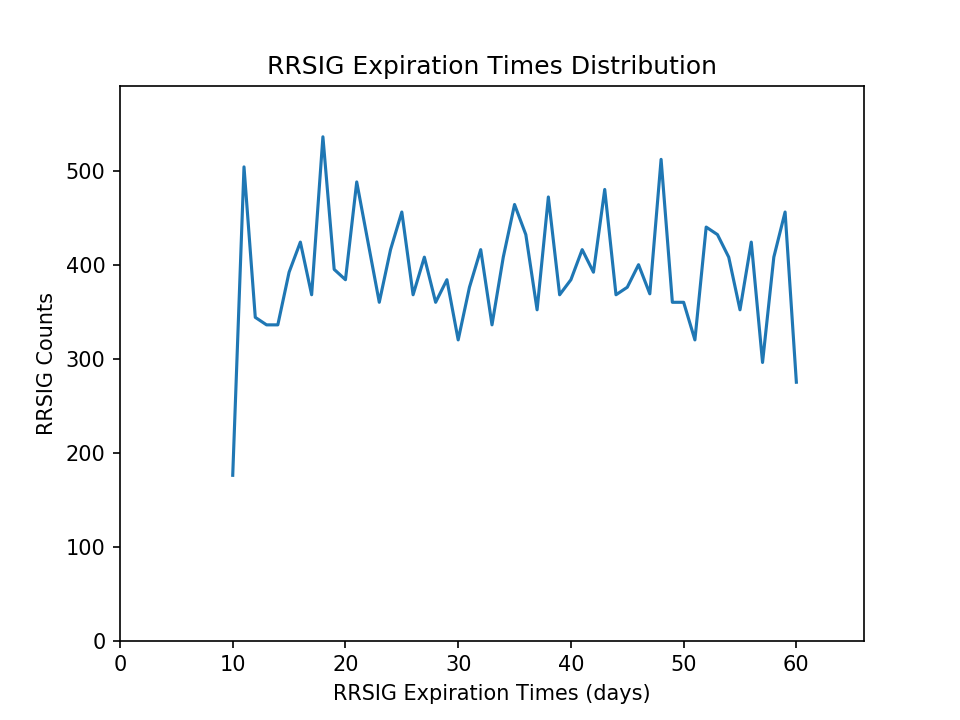 One peculiarity worth noting: when we were originally using this feature, it was working even with NSEC3 zones, but we were using a different method to initialize them: we pre-populated the zone file with the NSEC3PARAM record first, then loaded it into BIND and triggered signing. This worked for a while until we ran into another bug where BIND would sometimes generate incomplete NSEC3 chains. Then after discussion with ISC, we learned that this is not a supported way to initialize NSEC3 zones, and that we should switch to the supported method of inserting the NSEC3PARAM record with UPDATE.