improve performance of NETCONF operations by retrieving items in bulk

Data often needs to be retrieved from a sysrepo datastore. Such an action is done, among other opportunities, every time a change is brought to the configuration. kea-netconf currently calls Session::get_item() for all leaves and Session::get_items() for all leaf lists. The repeated calls to these functions hinder performance as shown by the call graph below[0] which is collected after a minor change is done through NETCONF to a configuration with 114 subnets. This action takes 10 seconds on my laptop which might seem reasonable, but it can take significantly more on lesser provisioned systems. The performance also seems to worsen quadratically. See RT#20676 for a distribution of measurements over configuration sizes.

As such, the bulk retrieval could be done via sr_get_items() / Session::get_items() on the top-level node. The efficiency of this approach is also mentioned in Sysrepo code:

Or, in the case that it only works on leaf lists, then sr_get_data() / Session::get_data() would be the alternative:

[0] Click and zoom. See how most of the time is spent in sr_get_item and lyb_parse_subtree. 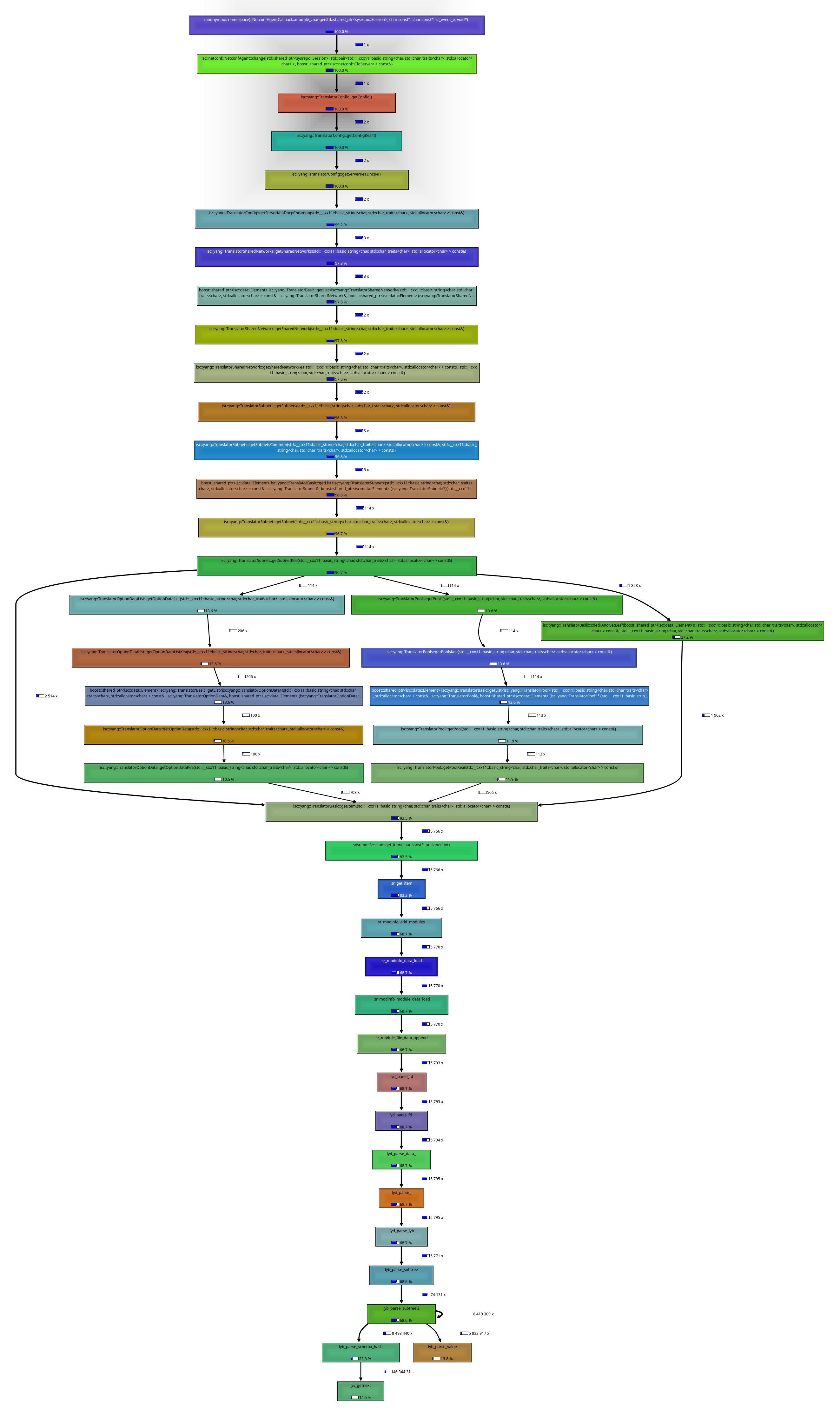 Edited May 10, 2022 by Andrei Pavel
To upload designs, you'll need to enable LFS and have an admin enable hashed storage. More information